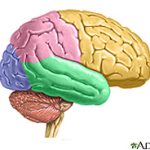 Plaques and tangles pockmark the brains of people with Alzheimer’s disease. The extracellular protein amyloid-β makes plaques, and the intracellular protein tau makes tangles, but how exactly these might kill neurons is unclear. Work presented at the annual meeting of the American Society for Cell Biology in San Francisco, California, this week starts to connect some of these dots.

George Bloom, of the University of Virginia in Charlottesville, and his colleagues began by following up on work that neurons exposed to amyloid-β die not from direct poisoning, but because amyloid-β prompts inappropriate cell behaviour. They re-enter the cell cycle but never divide, and die instead.

“The framework of the process has now been defined,” he says. “We think we’ve stumbled upon one of the seminal events in the transition of healthy neurons into Alzheimer neurons.”